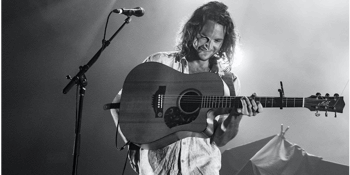 Dusty Boots
Solbar (Maroochydore, QLD)
Saturday, 8 August 2020 6:00 pm
1 day away
18 Plus
Indie
Folk
Roots
Send this event to
Jack Botts is excited to announce a handful of intimate shows for QLD, taking place in July & August. This will be the first time Jack has taken to a live stage in Australia for 6 months.
Jack invites you to enjoy a night of songs, stories and good vibes, surrounded by friends in a uniquely intimate setting. Tickets are limited so don’t miss out.

After a whirlwind response to his 2019 Northern Rivers EP, singer-songwriter and busker Jack Botts kicked off 2020 with the release of his new single 'I've Got You’.
Jack has spent the last 18 months on the road across Australia and on the streets of Byron Bay building his fanbase organically. He has coupled headline shows with supporting the likes of Tash Sultana, John Floreani, Pierce Brothers, Ash Grunwald and more. Added to that, Jack has also played festivals such as Land Of Plenty, St. Kilda Festival, The Hills Are Alive and Mountain Goat Valley Crawl, and he has also just been announced on Big Pineapple Festival alongside the likes of Hilltop Hoods, Alison Wonderland, G Flip and many more.

Brandishing a no-frills, down-to-earth approach to life and a charming knack for storytelling, Botts has swiftly and organically built an ever growing fanbase. Deep-thinking, heart-string-pulling and utterly endearing, Jack Botts is a breath of fresh air poised to command widespread attention before too long.