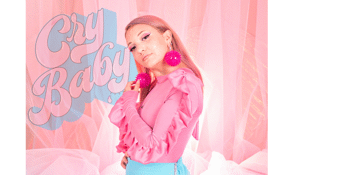 Forrest Run & Sailing In Space
Solbar (Maroochydore, QLD)
Friday, 19 March 2021 7:00 PM
16 days away
18 Plus
POP
Electronic
Indie
Dance
Send this event to
“Cry Baby may just be a newcomer you will fall head over heels in love with.”
— Thomas Bleach

Cry Baby sure knows how to turn a sad breakup song into a cool af bop, with dreamy pop synths, 808 beats and lyrics that’ll help you say, ‘bye Felicia, best of luck with that.’

Following her catchy self-titled debut, this is the second single from Cry Baby’s breakup concept EP, which is due for release this year and features production by her brother, Judah Winnet and collaborations with AYLA, Christian Patey and Lunar Phase.

To celebrate this new single release - Cry Baby is launching her Sunshine Coast debut with an energy packed show at Solbar. With support from Sailing in Space and Forrest Run!

Sailing in Space are an electro/pop/punk duo who’s energy is out of this world. After releasing their debut EP ‘Lift Off’, the brothers have launched into the Queensland music scene, starting a colony of loyal followers and playing a cluster of exciting shows on the Sunshine Coast and in Brisbane. Following an exciting year, the boys will be putting their heads back up into the stars to record their debut album.